The use of bicarbonates is common in ready-to-eat cereals. It is used in direct expanded, flaked, oven puffed, baked and shredded varieties. Bicarbonates can influence flavor, density and color attributes.

In “toasted” type flavored cereals, bicarbonates raise the pH and help to develop a characteristic baked flavor profile. In “natural” cereals that use alternative sweeteners such as molasses, it can be used to neutralize acidity and adjust pH to achieve optimum browning and flavor. The favorable influence of bicarbonate on flavor and color can be explained by browning reactions. Direct heating of carbohydrates initiates a complex set of reactions referred to as “caramelization” which involves breakage of glycosidic bonds and dehydration. It introduces double bonds that result in pigmentation. The Maillard browning reaction (interaction of proteins or amines with carbohydrates) is greatly enhanced by pH increases caused by addition of bicarbonates. Bicarbonate is also used as a chemical leavening agent to reduce the denseness of certain cereal products, particularly those that are baked and contain high levels of bran. Dissolution of bicarbonates in a batter or dough matrix results in nucleation sites that allow for expansion of air and water vapor, ultimately leading to a less dense product with finer grain and more uniform cell size.

Ammonium Bicarbonate:
ABC reacts rapidly in the presence of moisture and/or heat to release CO2 and NH3 gases which contribute to leavening. Use of ABC without a leavening acid is limited to products whose final moisture is less than 5% so the ammonia gas can bake out. 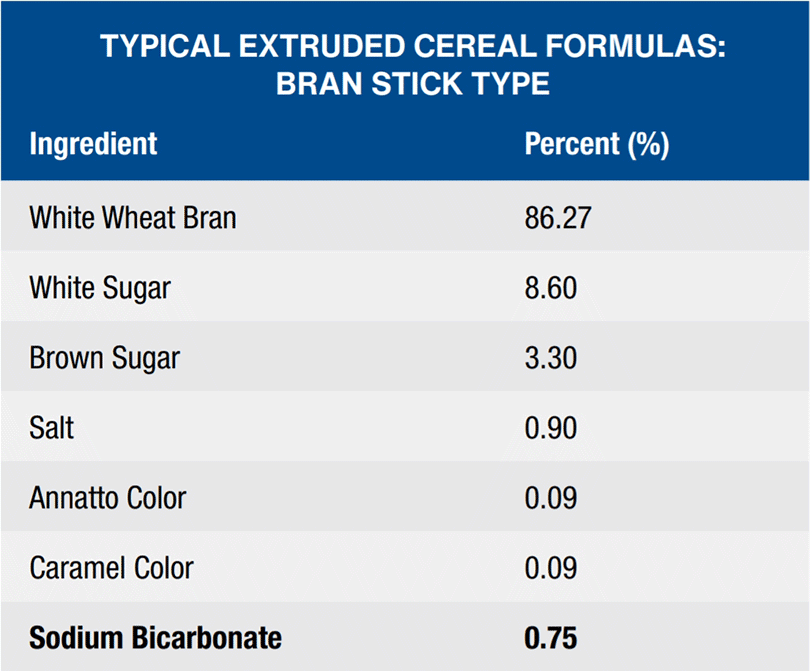 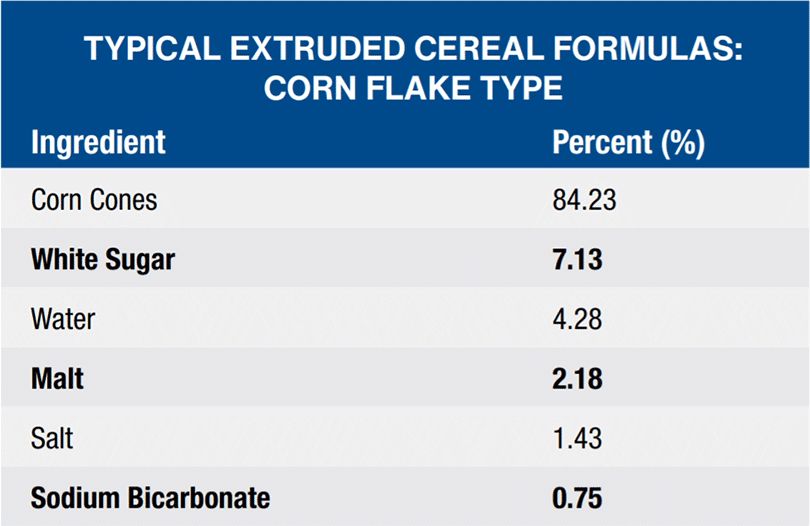