One of the most important components in the formulation of flour tortillas is the leavening system. Leavening is the process of aerating a dough by introducing gas bubbles during mixing which then expand during baking, providing volume, uniform cell structure, resiliency and texture. Most flour tortillas use a chemically leavened system.

Sodium Bicarbonate:
Timing of the leavening reaction is key to obtaining the best tortilla texture, height and opacity. During tortilla production, it is necessary to have some of the leavening occur early in the process, enabling uniform distribution of gas cells. The sodium bicarbonate should then release carbon dioxide just prior to the press and oven. These gas cells will join the gas cells produced early in the process. When the heat of the oven is applied, the gas cells will expand and result in an optimally leavened tortilla. This staged leavening reaction is achieved by precise control of the sodium bicarbonate particle size. ARM & HAMMER™ TORTILLA BLEND™ Sodium Bicarbonate is designed to leaven flour tortillas perfectly.

Leavening Acids:
An acid ingredient is necessary to react with the SBC and release the CO2. The leavening acid used should have a slower release because if the leavening reaction occurs too early, then most of the gas cells will be released from the dough during processing and no expansion will occur in the oven. This results in a pale, flat, translucent tortilla. Acids such as SAPP 28 (sodium acid pyrophosphate) or slower and SALP (sodium aluminum phosphate) react later in the process. This results in uniform release and reaction with the SBC. Recommended leavening acid: SAPP28 or SALP.

pH
If tortilla pH is too low (< 5.5), tortilla color, leavening and specifically height is adversely affected. If pH is too high (> 6.5), shelf life and stability are affected. Acid ingredients which impact pH will react with the bicarbonate, for example fumaric acid. While the main function of the fumaric acid is to lower the pH for shelf stability of the finished tortilla, it will react with the bicarbonate because of its acidity. The granulation and coating system of the fumaric acid can be altered to allow for a more controlled release. Target pH: 5.6-6.0 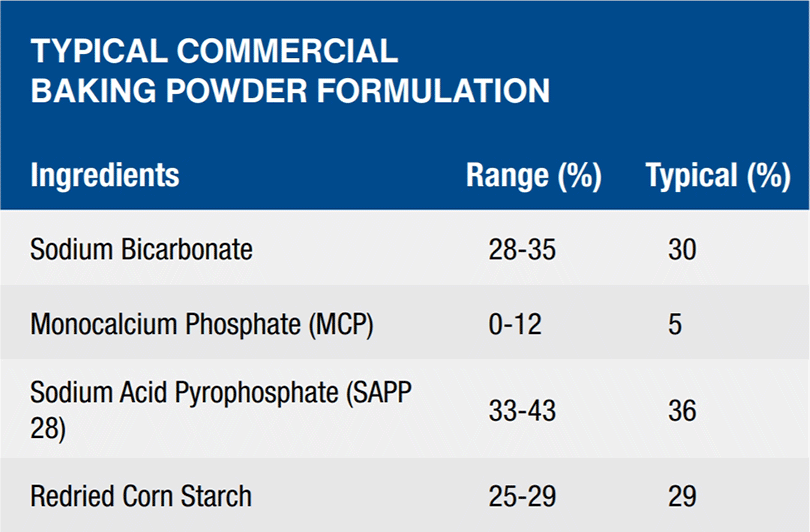 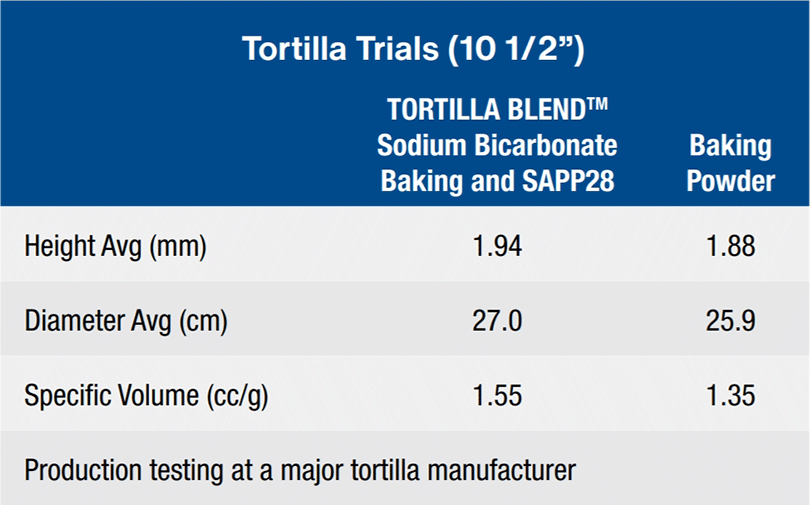 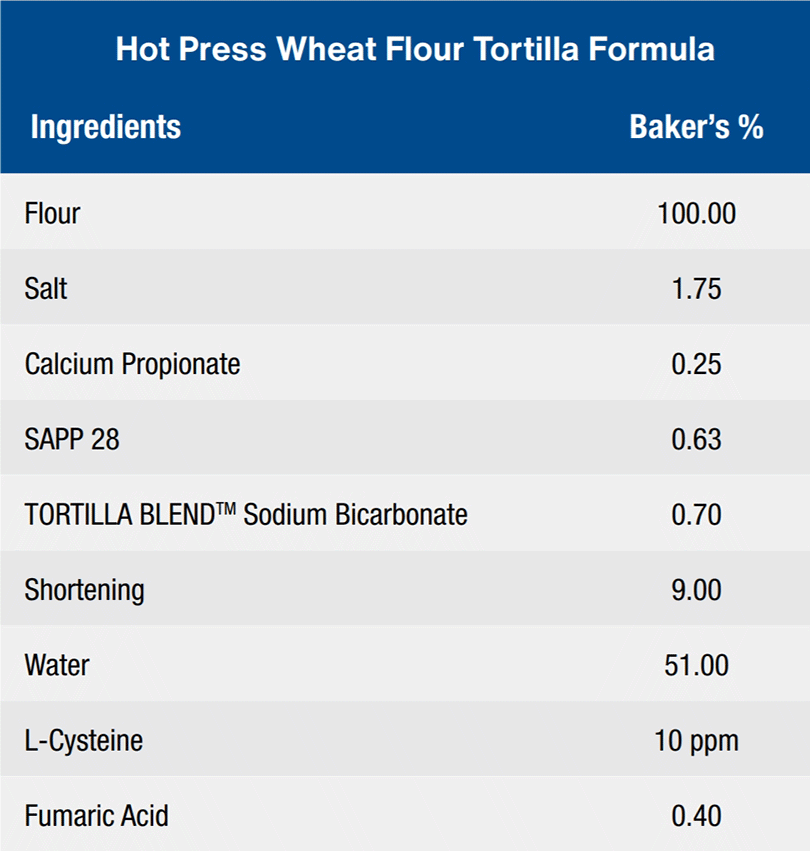 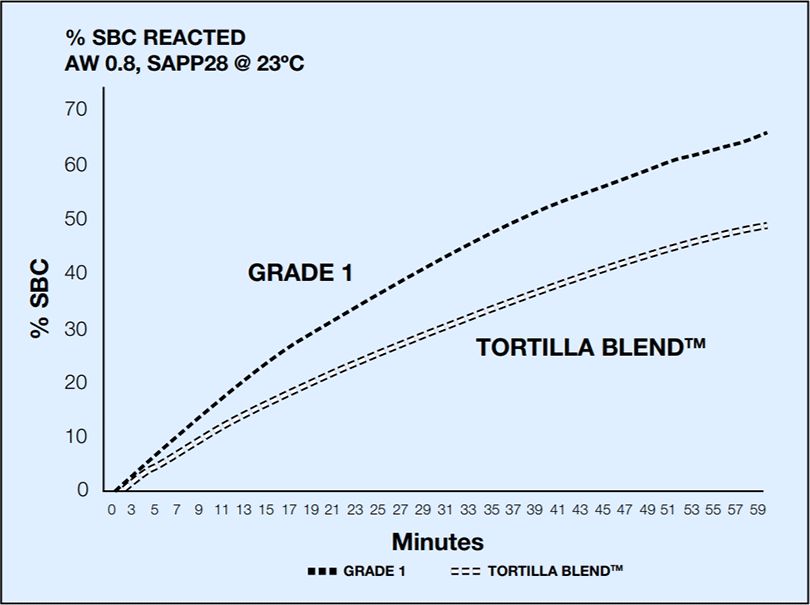