Baking powder is a complete leavening system consisting of a basic source of carbon dioxide (bicarbonate), an acid (leavening acid) and a diluent. The purpose of the diluent is to physically separate the bicarbonate and leavening acid in order to prevent pre-reaction during storage. Corn starch is a common diluent.

There are several types of baking powders.

1. Fast-acting baking powders contain an acid that reacts to liberate as much as 80% of the available carbon dioxide during batter mixing and standing.

2. Slow-acting baking powders have heat-activated acids that release the major portion of carbon dioxide in the powder as the temperature rises during baking.

3. Double-acting baking powders contain both types of acids to create a staged release of carbon dioxide. The initial portion of carbon dioxide is released at room temperature and sets up a network throughout the dough or batter in a process called nucleation. The carbon dioxide released as the product heats in the oven further expands the gas bubbles, producing the finished cell structure and completing the leavening process.

Sodium Bicarbonate Grade 2 Fine Granular:
The narrow particle size distribution of Grade 2 facilitates rapid, uniform blending. This grade is recommended for those products where minimal leavening during mixing and holding is desired. It is also recommended for products to prevent or minimize pre-reaction during storage. 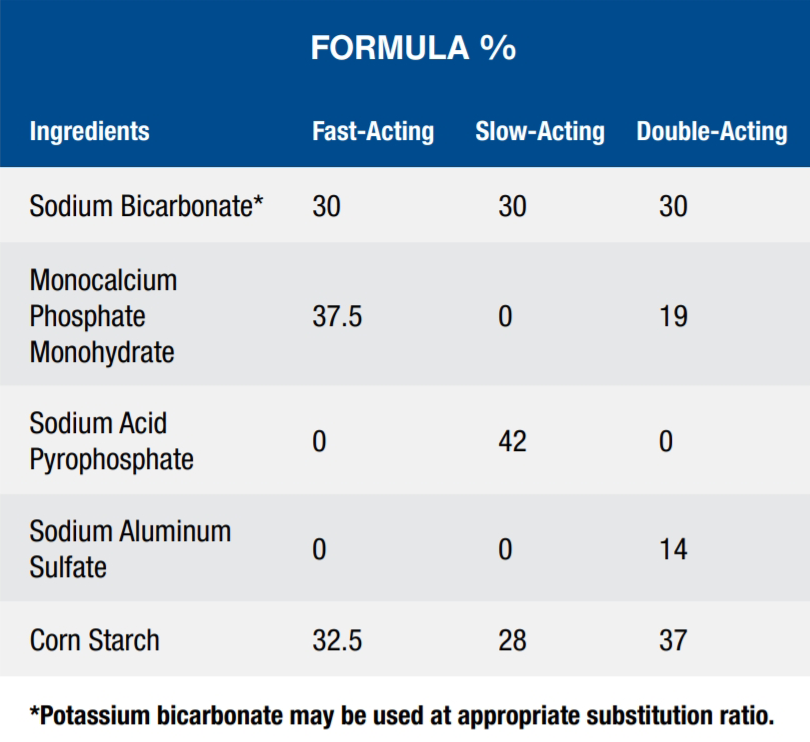